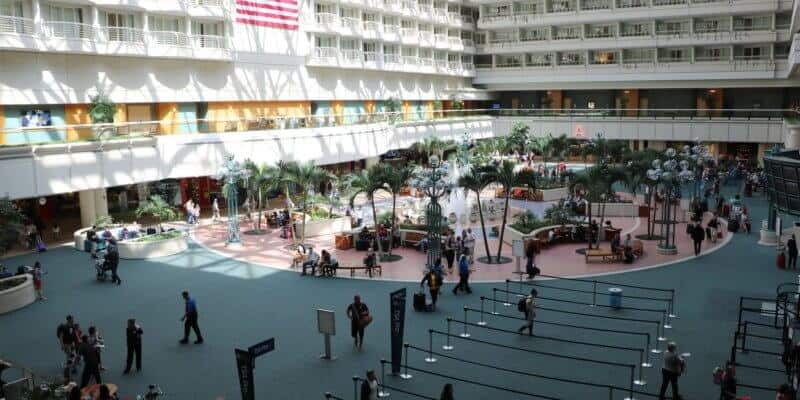 For many, traveling during the holiday season always seems to be a good idea. If you do travel, this means that you can enjoy Christmas and New Year’s Eve while on vacation, which is always a plus! With so many having extra time off during the holidays and kids being out of school, holiday travel is very popular.

Related: You Cannot Travel to Disney World With These Items, According to TSA

That being said, with the ongoing pandemic and excess amounts of flights, things can go awry. There have been a plethora of flights canceled over the past few days, which have caused travelers quite the headache. On Christmas Eve, we reported hundreds of flights were canceled due to the recent surge of the COVID-19 Omicron variant. Then, we reported on thousands more being stranded on December 26 as more cancelations poured in across the country from airlines such as United, Delta, and JetBlue. Now, it seems that that trend is only continuing to hold.

CNN has just reported over 2,000 more cancelations globally, calling the situation a travel nightmare for anyone flying this week.

More than 2,000 flights have been canceled Monday as Covid cases surge across the globe.

Of the more than 2,400 canceled flights, nearly 900 were within, into or out of the United States, according to FlightAware. More than 6,500 flights are delayed.

In a United Airlines memo, obtained by CNN, it was noted:

“The nationwide spike in Omicron cases this week has had a direct impact on our flight crews and the people who run our operation.”

Related: Omicron Variant to Have Major Impact on Florida Travel Next Year

“We apologize to our customers for the delay in their holiday travel plans,” Delta said in a statement. “Delta people are working hard to get them to where they need to be as quickly and as safely as possible on the next available flight.”

Orlando International Airport is among the affected airports. Considering how many Disney World Guests have been planning to fly both in and out of MCO over the past few days, these cancelations have had a massive impact on Orlando tourism this holiday season. Aside from Walt Disney World, many Guests visit Orlando to enjoy Universal Orlando Resort.

According to Flight Stats, the status of flights at MCO when it comes to delays is significant and decreasing to a worsening state.

The trend of staffing issues continues to prevail as the Omicron variant continues to spread. As airline staff are often exposed to a lot of people, it seems that the COVID-19 variant has quickly spread among many staffers, causing this insane cancelation of flights. Florida recently hit a new COVID-19 record with the most cases reported in a single day during the pandemic, largely due to the Omicron variant.

If you are traveling to Disney or Universal over the holidays, please be aware that both Parks require a mask mandate while indoors.

Have you had a flight affected by the mass cancelations?