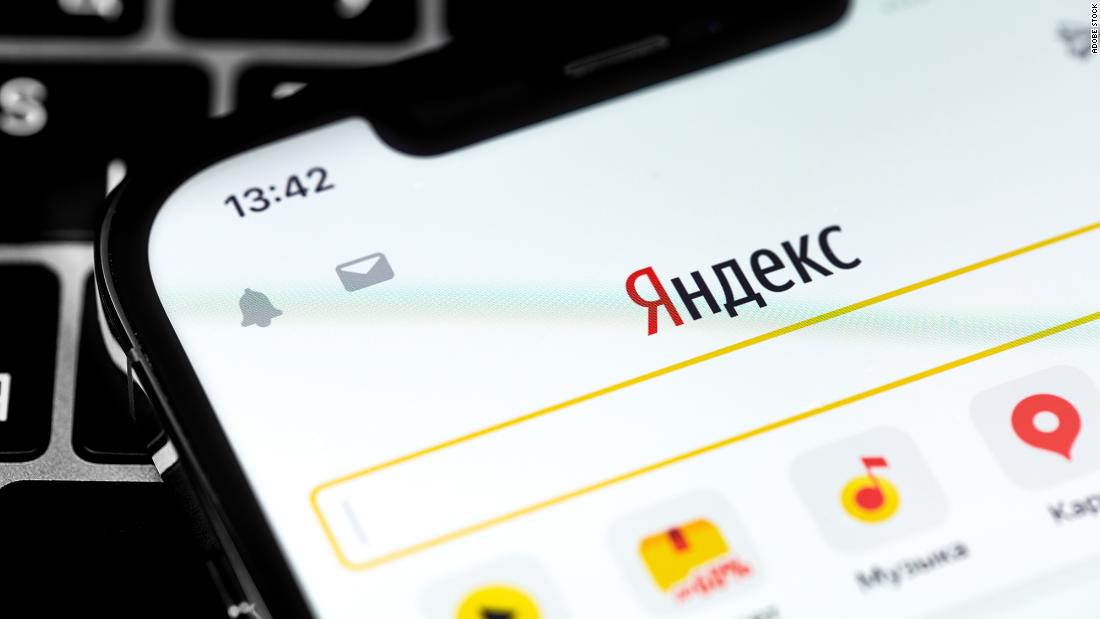 Want to see how much sanctions from the United States and Europe against Moscow could hurt Russian businesses, stocks and its economy? Look no further than Yandex, the search engine often referred to as Russia’s Google.

Shares of Yandex (YNDX) got cut by more than half Thursday, nosediving 53% in the wake of Russia’s invasion of Ukraine. Yandex has now lost nearly three-quarters of its market value so far in 2022.

Investors are clearly worried that economic penalties imposed on Russia will hurt big businesses there. But there could be another force at play.

Given the recent crackdown by the US on shares of Chinese companies that list on American stock exchanges, investors may be nervous that Yandex and other top Russian companies that trade in the US could also soon find themselves booted off the NYSE or Nasdaq, where Yandex is listed.

Two US-listed exchange-traded funds that own Russia stocks also plunged Thursday. The VanEck Russia (RSX) and iShares MSCI Russia (ERUS) ETFs were both down about 20%. Yandex is a top holding in both funds.

The Business Roundtable, an influential group of leading CEOs, warned Thursday of “grave consequences” from Russia’s attack on Ukraine.

“Business Roundtable and our members join the Ukrainian people, the U.S. government and global community in condemning Russia’s attack on Ukraine and its citizens,” the trade group said in a statement.

The group added that “Russia’s aggression against a sovereign, democratic neighbor will cause enormous suffering in Ukraine and have grave consequences throughout the region.”

Echoing comments from the US Chamber of Commerce, the Business Roundtable signaled support for holding Russia accountable.

“We welcome the Administration’s partnership with our allies to coordinate the most effective response to this attack and defend the rule of law,” the Business Roundtable said in the statement. 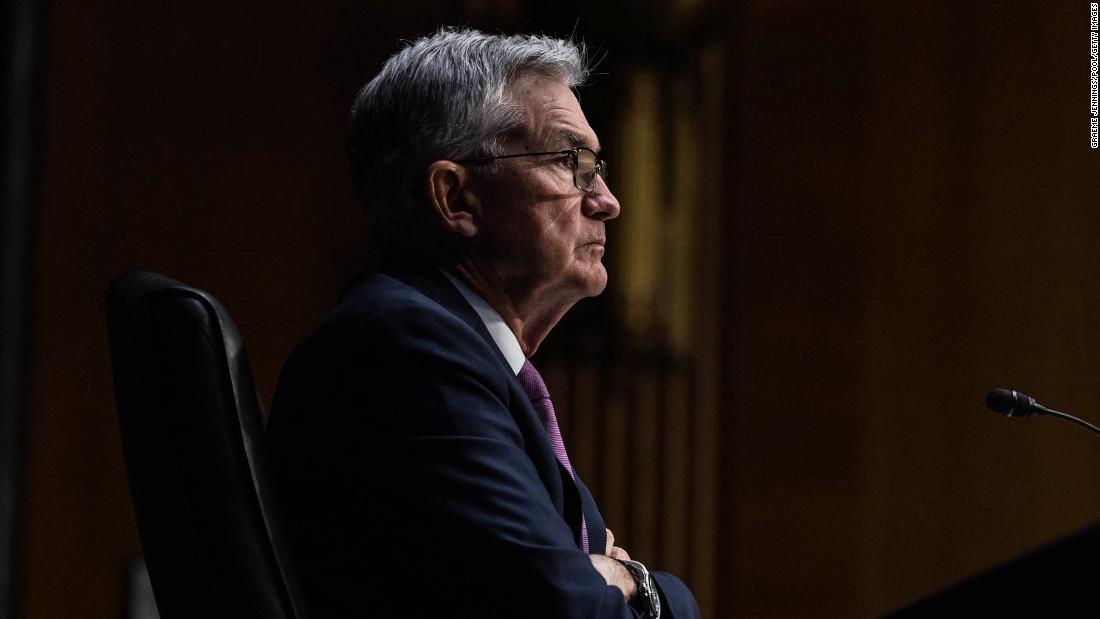 If there were any lingering doubts about how aggressive the Federal Reserve might be at its upcoming meeting in a few weeks, Vladimir Putin probably just erased them.

The Fed has a policy session on March 16 and is expected to raise interest rates for the first time since 2018 after cutting them to zero at the start of the pandemic in March 2020.

Because of inflation concerns, many economists and investors were predicting that the Fed could go big and raise rates by a half-percentage point (50 basis points) to try and fight rising consumer prices. But Russia’s invasion of Ukraine has likely changed that calculus…even though oil prices have shot up even more.

According to the closely-watched federal funds futures on the CME, traders are now pricing in just a 13% chance of a 50 basis point rate increase and an 87% likelihood of a more modest quarter-point hike. Earlier this month, investors were pricing in nearly 100% odds that the Fed would boost rates by a half-point.

Even though higher oil prices are a symptom of inflation, they also could lead to a pullback in consumer spending. With that in mind, the Fed may need to err on the side of caution and not raise rates too sharply.

The Russian bear has led to a bear market for tech stocks. The Nasdaq briefly fell more than 20% below its all-time high before recovering a bit. But if stocks don’t rebound further soon, the FAANGs and other big techs just might end up having their worst two-month stretch since the depths of the Great Recession.

The Nasdaq was down 9% in February as of late Thursday morning, with just two trading days left in the month. The tech-heavy index plunged about 9% in January too.

The last time the Nasdaq had this bad of a downturn was in the 2008 Global Financial Crisis. The Nasdaq plunged nearly 12% in September 2008, another 18% in October of that year and 11% further in November 2008.

The Nasdaq fell 10% in March 2020 too, but that turned out to be a brief bear market at the start of the Covid-19 pandemic. Rising oil prices due to Russia’s invasion of Ukraine could lead to a deeper and longer pullback for techs if investors shift money into energy stocks and other safe havens.

Facebook owner Meta Platforms (FB) has now plummeted more than 40% this year. Netflix (NFLX) has plunged nearly 40%. Nvidia (NVDA) and Tesla (TSLA) are each down about 25% while Microsoft (MSFT), Amazon (AMZN), Apple (AAPL) and Google owner Alphabet (GOOGL) have all dropped between 10% and 15%.

Croft, a former CIA analyst, added that the size of the release will “likely be larger” than the one announced in November that provided just modest relief to American drivers filling up at gas pumps.

Although emergency oil releases can help cushion the blow from supply shortages, they won’t solve the underlying supply-demand imbalance that drove energy prices to seven-year highs even before the invasion of Ukraine.

It’s worth noting that even if the United States doubled the size of its November SPR release, that would only amount to 24 hours of world supply.

Beyond energy, RBC’s Croft noted that Russia’s role as a “commodity superstore” to the world raises the risk that the crisis will “exacerbate the current global inflationary dynamics.”

Croft said the food price inflation risk stemming from this conflict “appears acute” because Russia and Ukraine account for a combined 25% of global wheat exports and Ukraine alone for 13% of corn exports. RBC added that Russia is the largest producer of ammonium nitrate, a key component in fertilizer.

US stocks plummeted Thursday morning along with markets around the world following Russia’s attack on Ukraine. The tech sector is getting hit particularly hard. The Nasdaq Composite plunged into bear market territory, a more than 20% drop from its all-time highs. 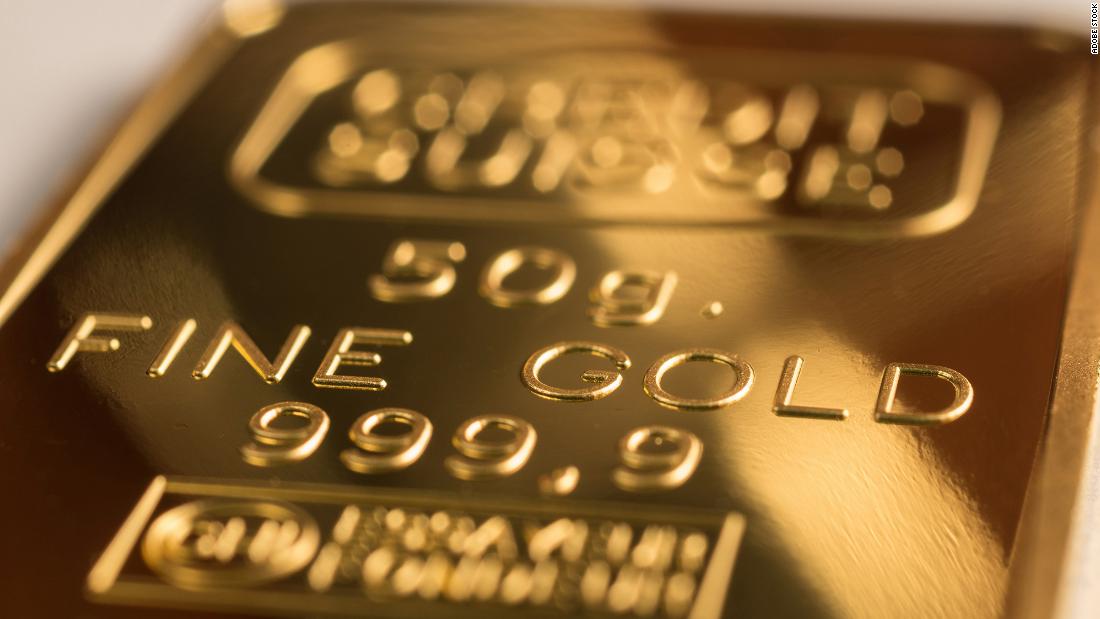 Just about every major financial asset on the planet is tumbling Thursday following Russia’s invasion of Ukraine. There are two notable exceptions though. Oil, unsurprisingly, is up. And so is gold.

The yellow metal clearly remains the market’s preferred way to hedge against volatility and geopolitical turmoil. (Sorry, bitcoin.) Gold prices were up 3% Thursday morning to about $1,960 an ounce. Next stop, all-time high? Gold hit a record above $2,000 during the early part of the pandemic in 2020.

“Investors are parking their capital into safe haven commodities, which include gold, which provides investors a hedge against uncertainty and rising inflation,” said Naeem Aslam, chief market analyst with AvaTrade.

The International Energy Forum called on world leaders Thursday to avoid supply disruptions that would only drive oil prices higher in the wake of Russia’s invasion of Ukraine.

“We urge producer and consumer countries to have a sensitive focus on energy market stability and prevent any disruption to supplies that could lead to further increased prices and heightened volatility,” Joseph McMonigle, secretary general of the International Energy Forum (IEF), said in a statement.

The comments come after Russia’s attack on Ukraine sent Brent crude oil spiking more than 8% to $105 a barrel, a fresh seven-year high, setting off alarm bells in financial markets around the world.

Russia is the No. 2 oil producer in the world and the second-biggest exporter of crude oil.

“Security of supply is going to be even more essential for market stability going forward than in the past due to the heightened uncertainty. Sustained high energy prices are detrimental to consumers and the global economy,” McMonigle said.

The IEF, a group that advises energy importing and exporting nations, said it held a video call with a senior Japanese diplomat on Thursday to discuss the energy prices spike and the outlook for the future.

The IEF said the Japanese official, Ono Keiichi, director general of the economic affairs bureau at the Ministry of Foreign Affairs, was “seriously concerned” by soaring oil prices.

President Joe Biden pledged earlier this week to shield Americans from the pain of high energy prices. Biden said US officials are working with producing and consuming nations to blunt the impact. The remarks hinted at the potential for another coordinated release of emergency oil reserves, akin to the one that had a brief impact on energy prices last fall.

A White House official told CNN Thursday the administration is “pleased” to see public comments aligned with Biden’s message, including from the International Energy Agency and officials in Japan and Australia.

Those comments reflect “our common focus and willingness to address significant market volatility or supply shortages that may result” from the Russia-Ukraine conflict, the White House official said.

While Russia’s attack on Ukraine is keeping investors and global markets on their toes this morning, there was also some new economic data.

The recovery was stronger than initially thought in the fourth quarter of last year, new data from the Commerce Department showed Thursday. But for many Americans it didn’t feel that way.

US gross domestic product — the broadest measure of economic activity — grew at an annualized pace of 7% between October and December, just above the 6.9% that was first reported in January and in line with economists’ expectations.

While the recovery was chugging along comfortably, Americans faced soaring prices and a new wave of infections and virus-mitigating restrictions spurred by the Omicron variant of the coronavirus.

Fourth quarter inflation stood at 6.3%, according to the price index tracking consumer spending, slightly less than the 6.5% initially reported. Stripping out food and energy costs, however, price hikes accelerated faster, with core inflation at 5% rather than the 4.9% first reported.