Ho Chi Minh City, Vietnam, March 18, 2022 (GLOBE NEWSWIRE) — The metaverse has barely been out of the news since Facebook rebranded itself as Meta last October. The term, which refers to emerging augmented reality environments that fuse elements of crypto, gaming and social media, is considered a fad by some, the future by others. Whatever your view, the metaverse has piqued people’s interest thanks to a series of lengthy op-eds in the New York Times, the Guardian and other legacy media outlets. 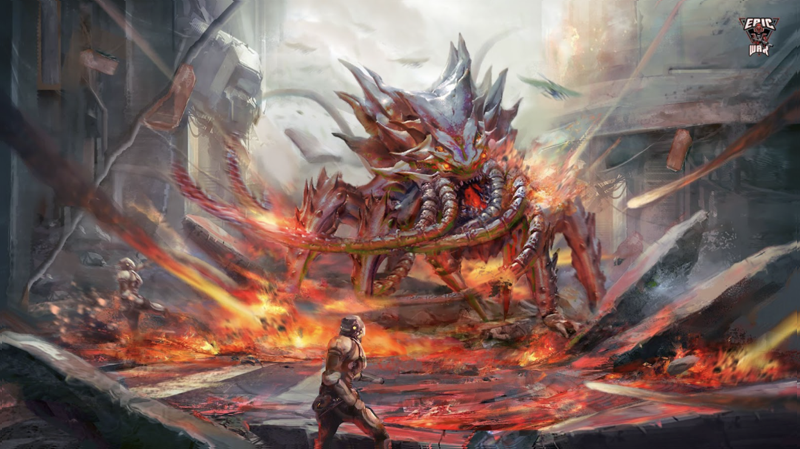 Envisaged as a virtual landscape whose ‘citizens’ can socialise, create, trade and game, the metaverse is very much in its foundational stages. But more value is being unlocked every day – and there’s plenty of it, if a recent Bloomberg Intelligence analysis is to be believed. According to that, the metaverse could unlock revenue opportunities totalling $783 billion by 2024, up from $478 billion in 2020. We aren’t in Kansas any more!

Several major brands have already started to flex their muscles in the blockchain metaverse, buying up virtual real estate, advertising on digital billboards, selling NFTs, and creating immersive VR experiences. Gaming, though, is ground zero for the concept, the medium through which meta is going mainstream. And an upcoming release aims to maximise the metaverse in a totally innovative way.

A Universe of Evil Forces-Filled Metaverse

The game in question is Epic War, a sprawling first-person-shooter (FPS) in the mould of Doom, Halo and Call of Duty. Set in the foreboding planet of Kepler-22b, a post-apocalypse hell-hole populated by mutated evil forces intent on killing all who cross their path, the cinematic release straddles the worlds of gaming, cryptocurrency and metaverse, with players able to confront various challenges and earn rewards along the way.

Powered by the famed Unity gaming engine and built on multi-chain technology, Epic War will be rolled out to a number of blockchain networks when it launches later this year. The metaverse phase, meanwhile, has been earmarked for 2023.

Blockchain-based games are ten-a-penny, and several metaverses already exist, from The Sandbox and Alien Worlds to Axie Infinity and Roblox. So, why should users be sucked into yet another virtual world? Well, for starters, Epic War is one of precious few blockchain-based FPS releases; it’s also teeming with earning possibilities thanks to a vast in-game economy powered by its native $EWAR token.

If you’re a stranger to gamified finance, you may be asking, ‘Earn how?’ In truth, there are countless ways to generate revenue in Epic War from winning PvE and PvP battles and tournaments to slaying bosses and selling tokenized in-game materials such as weapons, gears and battle maps. These items accord to five different rarity levels, and each influences the battle stats of the Epiceros, a band of mercenaries made up of tankers, nukers, assaulters, snipers and commanders. Players who acquire valuable NFTs (bazookas, machine guns, bombs, etc) can also earn crypto by renting out coveted items to other players, or locking tokens up to earn passive revenue.

Although classed as a ‘play-to-earn’ game, Epic War furnishes free-to-play consumers with profit-making opportunities too, a model its developers call ‘free-to-play-to-earn’. In welcoming all and sundry, Epic War hopes to build an epic audience ahead of its eventual metaverse transition.

Guns at the Ready

The ultimate goal is to create an Open World Gameplay for battle-hardened gunslinger, a force of nature capable of surviving everything the Epic Universe “Epicverse” throws its way. To do so, players will have to leave a trail of destruction in their wake as they explore, upgrade their characters, and acquire valuable guns, armour and accessories.

The long-running success of the first-person shooter format, coupled with Epic War’s vivid graphics and chain-agnostic outlook, bode well for its metaverse ambitions. Before that though, there’s the small business of an IGO (Initial Game Offering) in Q2 2022 and the official game launch soon after. Who knows, perhaps we’ll all be in the metaverse by then, leaving Earth behind for the comparative serenity of Kepler-22b’s monster-stewn wildland.