Berea, Kentucky Police Chief Eric Scott made the decision to purchase Tesla police cruisers after watching all the EV commercials on the 2021 Super Bowl. It was clear to him that the future was going electric and he wanted to be ready. The police department purchased four 2021 Tesla Model 3s, three of which are used as cruisers.

Now that it’s been a year, he has real-world results to show: Things like how the officers embraced the new technology, what the community thought of these new vehicles, and if these EVs were paying off financially.

For the officers, the transition was relatively easy. For these first few cars, he chose officers who had a deep understanding of the technology. They learned ways to keep the vehicles charged up on shifts of different lengths. The city of Berea worked with Evolve KY, Kentucky’s non-profit electric vehicle group, to install six Level 2 chargers for exclusive police use at the police station, and also placed several out in the community (17 chargers in total in Berea). The officers learned to how to make sure they had enough charge to start and end their shifts. This is similar to how much gas must be in the gas vehicles at the start and end of the day. If it meant that officers had to bring the cars home to charge, a stipend would be paid to the officer for that. But that was rarely the case.

“It went great, the perspective of our officers was they loved it,” police Chief Scott said of the officers assigned to the Teslas. “It was cool, unique, they love gadgets and in our world technology has taken over.”

The Tesla even came in handy when on patrol for a recent drug case where they didn’t even hear the vehicle pull up.

He notes that current technology — things like tasers, certain wraps, and high-tech body cameras — enables them to use less force.

The big challenge came with the community. The police chief notes that there was a perception that the vehicles were luxury cars. A lot of people didn’t understand that the Tesla Model 3 price was comparable to the cost of the vehicles they were purchasing before. And, unfortunately, it was made political so a lot of the conservative Republican base was skeptical at first.

Perhaps the biggest takeaway was the money saved by going electric. For the year, they saved about $24,000 in fuel and maintenance by running the three electric police cruisers.

“The savings were more than we anticipated,” said police chief Scott. “It was due to our brakes. We have high performance brakes on our police vehicles. Throughout the course of a year, we will put $2,000 of brakes on one vehicle. The regenerative braking of the Tesla completely dissolved that cost for us and that is something that we weren’t expecting.”

Looking to the future, they are hoping to get other city departments to purchase EVs for their fleets. And now they have specific metrics they can point to. Scott pointed to the Super Bowl ads in this year’s Super Bowl as a jumping-off point to talk to other department heads in Berea about switching to electric.

Berea Police Tesla Model 3 on display at a ride, drive, and education event in London, Kentucky, with London police staff looking on and asking questions. Photo by Stuart Ungar.

And it’s been great for community outreach. When the Berea Police Department gets requests for displaying their Tesla Model 3s, different communities in Kentucky have been very interested and are drawn in by the flashing lights and large graphics on the vehicle. At one community event in London, Kentucky, last year, representatives from the London Police Department crowded around the police cruiser and peppered the officer with questions about their use of the vehicle and what their experience was.

The department is also looking to low-tech solutions to better serve its community. One of the newest members of the department is K9 Buddy. Buddy is a Golden Doodle and came to the department as a puppy. Scott remembered going to an abortion protest at a local college campus and having screaming protesters on both sides yelling at each other. He saw a student who had a service dog and the dog got loose and two ladies on opposing sides of the protest helped to retrieve the dog.

“We have been out there for seven hours trying to diffuse this crowd and this dog walked in between two screaming crowds and completely stole the show,” said Scott. “For 12 minutes, everyone stopped.”

Police Chief Scott takes a holistic approach to policing and is trying to change the perception of community police and looking toward the future. Going electric is one way that they can achieve their goals and save a lot of money in the process.

Have a tip for CleanTechnica, want to advertise, or want to suggest a guest for our CleanTech Talk podcast? Contact us here. 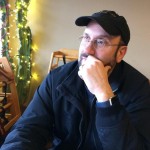 Stuart Ungar has been interested in how technology can help us live lighter on the Earth for most of his life and remembers going on solar house tours as a kid in the ‘70s with his dad (and having to travel many miles to see each site). Stuart is the co-founder of Evolve KY, Kentucky’s non-profit electric vehicle group and has a brand new podcast — Stu’s EV Universe, which can be heard on Apple Podcasts, Spotify, and other major platforms. Stuart lives with his wife and college-age kids in Louisville, Kentucky.