What was supposed to be a vacation in the Dominican Republic, Turkey or Egypt has turned into a nightmare for thousands of Russians and Ukrainians. Many Russian travelers are increasingly struggling with payment issues.

In the Dominican Republic alone, there are currently about 14,800 Russian and almost 3,000 Ukrainian tourists stranded due to travel restrictions imposed after Moscow’s invasion of its neighbor.

The Caribbean country has announced it would guarantee them the right to stay in their lodgings “until a conclusive solution is found to their situation in light of the conflict in their countries,” according to a statement from the Tourism Ministry. An agreement to that effect had been reached by the government and the Asonahores Hotel and Restaurant Association, as well as hotel representatives, it said.

In addition, a process for the repatriation of tourists to Russia has been agreed with Russian tour operators. According to the main Ukrainian tour operator, the approximately 1,900 visitors will stay in their assigned hotels until a solution is found for their return home. 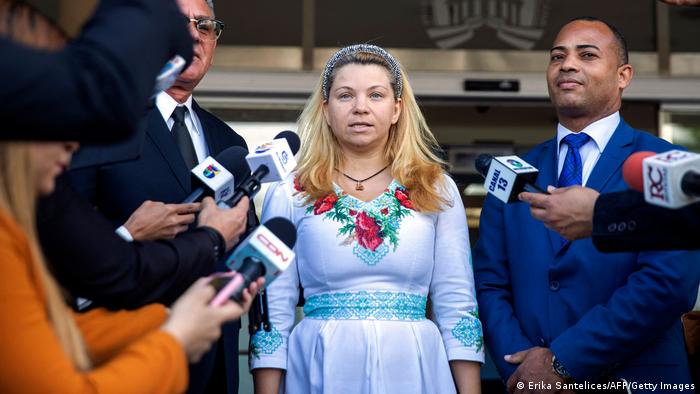 Ilona Oleksandrivna, Ukraine’s representative in the Dominican Republic, made an appeal for help on Wednesday

Ilona Oleksandrivna, Ukraine’s honorary consul to the Dominican Republic, tearfully pleaded with President Luis Abinader at a press conference earlier this week to help stranded Ukrainians. Oleksandrivna said more than 1,200 of her compatriots had been forced to leave their hotels due to lack of money and were now “living on the streets.”

An adviser for immigration issues at the Ukrainian consulate said many of those affected could not be helped with travel insurance, as it did not cover them in the event of war.

Tourism Minister David Collado has announced a meeting with representatives of the private sector to ensure that the stranded Ukrainians could remain without encountering further difficulties. “The Dominican state will respond responsibly and with human sensitivity,” he said.

Tourists from Russia and Ukraine account for about 10% of all visitors to the Dominican Republic. In the first two months of this year alone, there were almost 110,000 arrivals.

Thousands of tourists have also been stranded in Egypt. According to official estimates, around 20,000 Ukrainians are unable to travel back to their home country. 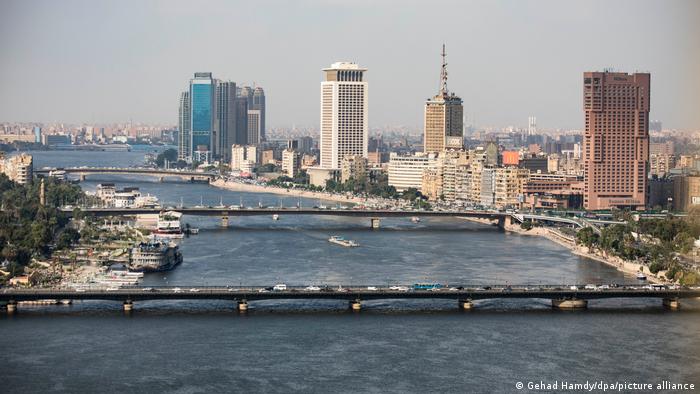 According to the online portal mein-aegypten.com, a tourism blog, the Egyptian Tourism Ministry has instructed the managers of three-star hotels to provide stranded Ukrainian tourists with three meals a day and refreshments. A tourism fund will cover the cost of accommodation and meals, the ministry said.

Guests in four- and five-star accommodation, on the other hand, were to decide for themselves whether to stay in their hotels at their own expense or move to the subsidized three-star establishments.

Tourists from Ukraine usually receive a “tourist-on-arrival” visa, which allows them to stay in Egypt for up to 30 days. As the Egyptian Embassy in Berlin told DW, many of the vacationers have not yet exhausted this time. The government has not yet decided on possible extensions beyond this time limit.

Last year, more than 1.4 million people from Ukraine spent their vacations in Egypt. This made them the second-largest group of European tourists in the country on the Nile. 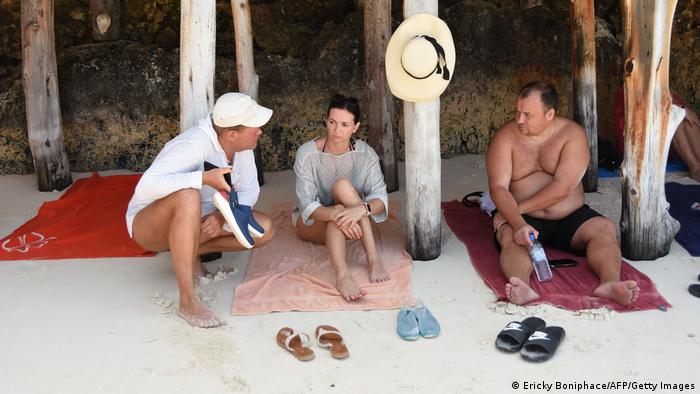 Several hundred Ukrainians are also stranded on the island of Zanzibar, which belongs to Tanzania, according to local authorities. The newspaper The East African, based in Nairobi, reported that the “almost 1,000” people were “tourists” who could no longer return to their homeland after the invasion by Russia. Now they are seeking a diplomatic solution. The question is whether they should be sent on to Poland.

According to Zanzibar’s tourism minister, Lela Muhamed Mussa, the vacationers are staying in hotels. Some of them were staying free of charge and receiving humanitarian assistance, according to authorities. Hussein Mwinyi, president of the semi-autonomous region, said they were trying to “help” the stranded Ukrainians as best they could. They’ve also received consular support from the Ukrainian Embassy in Kenya.

Sotiris Krystallis, the press attache for the Greek Embassy in Berlin, told DW that only a few tourists from Ukraine are currently in the country, according to the authorities in Athens. However, there are now more than 2,700 Ukrainian refugees who are being helped in Greece.

By contrast, there are currently about 2,000 Russian visitors in Greece, according to the data. They usually receive a visa that allows them to spend 90 days in Greece within six months. The Greek authorities are working closely with the embassies of both countries to provide the best possible assistance to their respective nationals. 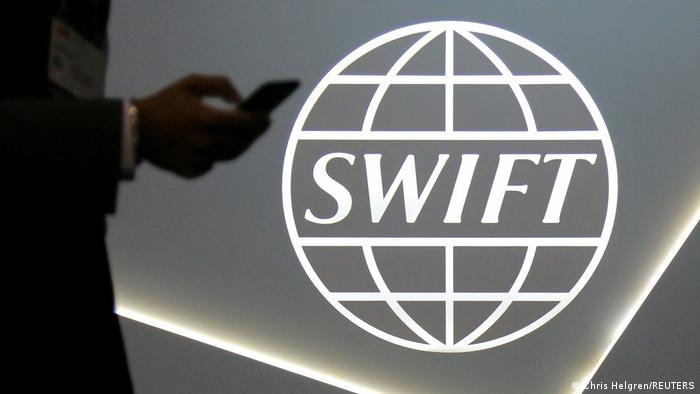 Many Russian travelers are increasingly struggling with substantial logistical problems. Increasingly, people have reported on social networks that their credit cards and other means of payment are no longer being accepted after various Russian banks were excluded from the SWIFT system for international payments.

According to the Romanian travel portal AirlinesTravel, payment systems such as Apple Pay and Google Pay have also been affected, as are withdrawals from ATM cash machines. This information comes from both banks and tourists, who have left numerous comments to this effect on social networks.

But these organizational problems are only one side of the story. There’s also the fact that they are stranded far from home, and many don’t know what their home will look like when they’re eventually able to return.

This article was originally published in German