Rob Key: “If Root can do it in this series, that sends him into the completely elite level with the Pontings, the Laras and all that lot. He has started so well”, Sky Sports pundit says strong day three for England in Brisbane was vital for the game and the rest of The Ashes series 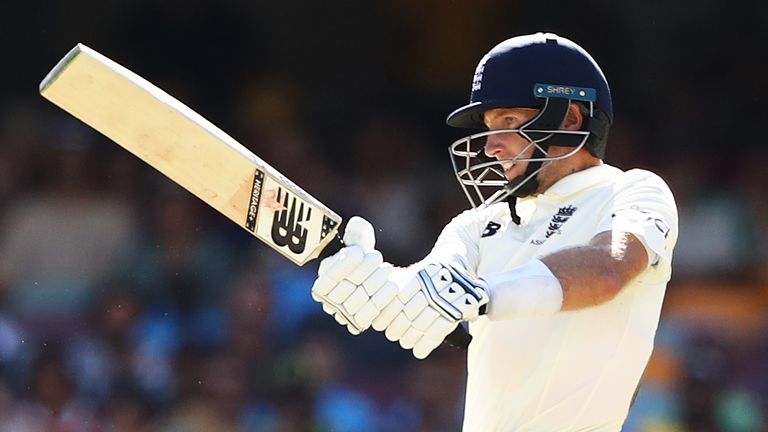 Rob Key says Joe Root is on the verge of joining the “completely elite level” of all-time Test batters after closing in on a maiden Ashes hundred in Australia.

Root is unbeaten on 86 after day three of the first Test in Brisbane and hoping to turn his seventh Test fifty in Australia into a first three-figure score, with his best so far a total of 87 in Adelaide in 2013.

The England captain has scored a national record 1,541 runs in Test cricket in 2021 – beating the previous record of 1,481 set by Michael Vaughan in 2002 – with Key saying success in Australia is Root’s “final frontier”.

“Our captain is such a good player, one of our greatest-ever cricketers,” former England and Kent batter Key told Sky Sports News.

“If he can do it in this series, that sends him into the completely elite level with the Pontings, the Laras and all that lot. He has started so well.”

Root – who was dismissed for a duck on day one at The Gabba – and Dawid Malan (80no) have shared an unbroken third-wicket partnership of 159 to steer England from 61-2 to 220-2 in their second innings and cut the tourists’ deficit to just 58 runs.

Malan said: “Batting with Root is great. He takes the pressure off you and always looks to score. He always seems to find a way of putting the pressure back on the bowlers. His method works everywhere he plays.

“For him to carry on the form he had this year [in the subcontinent in the winter and then at home in England] has been fantastic. It’s great signs for us as a team that he is playing well and leading from the front.”

Sky Sports’ Ian Ward added: “There’s a lot on Root’s plate and, especially after not scoring in the first innings, you can only imagine the pressure he must have felt walking out with England two down relatively early.

“He seems to be in a very good place to compartmentalise captaincy, the pressures that come with it, and his batting. Root the batsman is arguably more important than his captaincy – he’s that important in terms of runs.”

Australia led by 278 on first innings after replying to England’s 147 all out on day one with 425 as Travis Head scored 152 from 148 deliveries.

Reflecting on day three, which began with Australia on 343-7 and ahead by 196, Key said: “You just thought that with everything that has happened England were going to struggle. All the momentum was with Australia.

“I was out there in 2002/03 and we got hammered in the first Test and you started to think, ‘we can never beat these guys’.

“But a partnership like the one Root and Malan have put on goes right into that dressing room and shows they can score runs here.

“What happens in Australia is that all the talk becomes how good Australia’s bowling attack is, how good Nathan Lyon is compared to our spinner [Jack Leach]. Don’t worry about that. You can score runs against him and they have done that in a positive way.

“England would still be in a better position if Root had elected to bowl on day one but this is now the sort of pitch English batters will dream of. They never get to bat on pitches as good as this – this is proper cricket.

“In England, normally you just put the ball on a good length and it does something but this pitch in Brisbane is a good Test pitch.

“There is something in it for the bowlers but it looks an absolute belter for the batters. There is some pace in it, which is so rare in England, and you can play your shots. It must be a joy for them to bat.”